By Elias Biryabarema – KAMPALA (Reuters) – Ugandan pop star and presidential hopeful Bobi Wine said security forces raided his office on Wednesday and confiscated documents, branding items, and cash amid what the opposition says is a campaign of harassment by the government.

Wine, whose real name is Robert Kyagulanyi, told Reuters dozens of police and soldiers stormed the offices of his National Unity Platform (NUP) party in Kamwokya, a suburb of the Ugandan capital Kampala.

Wine, whose real name is Robert Kyagulanyi, told Reuters dozens of police and soldiers barged into the offices of his National Unity Platform (NUP) party in Kamwokya, a suburb of the Ugandan capital Kampala.

The security personnel, he said, seized documents containing signatures from supporters that his party had collected to back his nomination, as well as 23 million shillings ($6,207.83).

Other items confiscated, he said, included promotional materials like red berets, posters, T-shirts, pens and notebooks. An unspecified number of supporters had also been detained during the raid, he said.

“This shows panic,” he said.

“It’s the habit of (President Yoweri) Museveni and his regime to intimidate his most fierce opponent especially ahead of elections…This is basically to intimidate people,”

Supporters of Bobi Wine have been using red berets as their symbol but the government last year classified the item as military garb and banned its civilian use.

Wine aims to end Museveni’s 34 years atop the East Africa nation that have made him Africa’s third longest-ruling president. Elections are scheduled for February next year.

His youthful age and music have earned him a large following in the relatively young country of 42 million, rattling the ruling National Resistance Movement (NRM) party and drawing a security crackdown on his supporters.

Since expressing his presidential ambition, police and the military have repeatedly dispersed his rallies, beaten and detained his supporters.

The Ugandan government denies using force to keep Museveni in power, saying his long incumbency is down to genuine popular support. 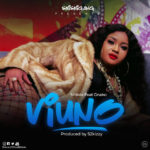 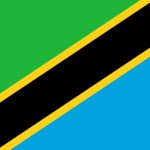