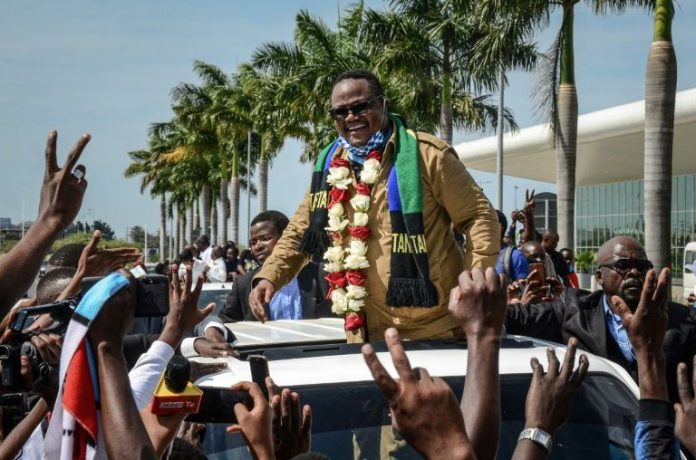 Tundu Lissu, shot 16 times in an assassination attempt, returned to Tanzania to run for president — but he did not know what to expect after the “hell” experienced by the opposition under President John Magufuli.

Political rallies had been banned for years, freedom of speech suffocated, opposition leaders killed, abducted and arrested. Lissu was worried for his own safety.

But the 52-year-old has been amazed by the reaction as he crisscrosses the country to heaving crowds clamouring to see him.

“After five years of repression, I was not expecting this kind of enthusiasm and mass support from the people,” he told AFP.

He said the opposition has “gone through hell”, but believes his Chadema party will be the rightful winner of the October 28 presidential and parliamentary elections.

However, like many observers, he believes it will not be a fair fight.

“There has not been one large event that has really thrown the free and fair moniker off of this election, it has been more a series of small things, death by a thousand cuts if you will,” a Western diplomat told AFP on condition of anonymity.

“Whether it is a campaign event being disrupted by police, campaign officials being arrested for unknown reasons… the burning of Chadema offices… little things that add up.”

Tanzania has long been seen as a haven of stability in an otherwise volatile neighbourhood, but since Magufuli’s election in 2015 as a corruption-busting man of the people, alarm has grown over a perceived slide into autocracy.

Magufuli at first made wildly popular moves such as curbing foreign travel for government officials or showing up in person to make sure civil servants were doing their work.

However Ringisai Chikohomero, a researcher with the Pretoria-based Institute for Security Studies said it was clear from the start that his approach “does not leave room for anyone to question his methods.”

Then, Magufuli banned political rallies — saying it was time for work, not politics — and cut live coverage of parliament sessions.

When a local advocacy group published an opinion poll showing his popularity had plunged from 96 percent at the beginning of his term to 55 percent in 2018, its director had his passport confiscated and further polls were banned.

He touts his expansion of free education, rural electrification and infrastructure projects such as railways, a hydropower dam set to double electricity output and the revival of the national airline.

“I will surprise you with more development projects if I win. What I did in the last five years is just peanuts,” he said at one rally.

“He has been tough enough to address corruption and create discipline in the public service,” said supporter Andrew Masanja.

Magufuli’s government also passed a raft of laws to increase Tanzania’s stake in its mineral resources and demanded millions of dollars in back taxes from foreign mining companies.

And while the economy under Magufuli continued to grow at an impressive pre-coronavirus average of six percent, job creation has been “very little” and aggressive tax collection has hurt the private sector and made doing business harder, said Thabit Jacob, a Tanzanian political analyst based in Denmark.

“We have suffered a lot from government bullying,” businesswoman Eva Mbaga said at an opposition campaign stop in Arusha.

As a result of the ban on opinion polls, it is difficult to assess how popular Magufuli remains, and how his drive for development versus the crackdown on freedoms is seen by the average Tanzanian.

“Someone will say, if I have food on the table, if I can send my kids to school, if I can go to work, what is this media freedom you are talking about? It’s that dichotomy between bread and butter issues and civil liberties which are always seen as playing second fiddle,” Chikohomero said.

As voting day nears, efforts to frustrate the opposition campaign have intensified, with Lissu’s supporters being tear-gassed, while the election commission suspended his campaign for seven days over “seditious language”.

“There are real worrying signs that the election this year may not be free and fair and that the outcome may not reflect the will of the Tanzanian people, and that is troubling,” the Western diplomat said.

Admin - April 13, 2021 0
Over the course of her remarkable 35-year career, supermodel Naomi Campbell has blazed trails, stormed catwalks, and graced countless magazine covers. And while most... 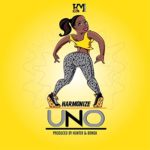