The reminders never stop — they just come with different names and different faces.

The video shows Ujiri headed to the court to celebrate with players, his hand on an all-access pass that he appeared to be tucking into his jacket. It sounds like someone tells Ujiri to show the pass to Strickland, but before he can, Strickland appears to put a hand on Ujiri’s chest and shove him, telling him to “back the [expletive] up.”

Ujiri says, “What are you pushing me for? I’m the president of the Raptors.”

Strickland puts both hands in his chest and shoves him again. At that point, Ujiri does push Strickland back.

The biggest moment of Ujiri’s professional career, marred forever by him being mistreated and manhandled.

There was no reason for Strickland to become violent toward Ujiri at that moment, no excuse for his behavior. The 6-foot-4 former guard, 49 years old at the time, posed no threat, had the lanyard for his credentials wrapped around his hand and identified himself as the president of the team.

But Strickland wasn’t hearing him. And we’re not talking about crowd noise.

It’s another reminder for Black Americans, for marginalized Black people all over the world, that no matter what level of success is achieved, no matter what our income level, no matter what we’re wearing — Ujiri was in a charcoal gray suit, likely custom-made, and a Raptors-purple tie when the incident occurred — we’re never good enough, never accepted, never not hated by some people.

It brings back memories of a racial slur being spray-painted onto the gates outside LeBron James’ Los Angeles home in 2017; of scholar and Harvard professor Henry Louis Gates being arrested in Cambridge, Massachusetts, after being suspected of breaking into his own home a decade ago; of tennis standout James Blake being tackled to the ground by New York City police in 2015 because he allegedly looked like a suspect in a credit card scam; of a Greek government official calling Giannis Antetokounmpo, who grew up in the country, a “monkey” and the Greek equivalent of the N-word last month after Antetokounmpo discussed the racism he faced there after his family emigrated from Nigeria.

Despite the evidence, Strickland maintains he was a victim. This week, however, Ujiri filed a countersuit in federal court, and the video release is tied to it.

Ujiri was born in England to Nigerian parents, though his family returned to Nigeria when he was a toddler. Like many children around the world, he first played soccer, but became obsessed with basketball as a teenager. His parents allowed him to move to Washington state for high school to pursue his love of the sport, where he lived with another family from their native country.

After a professional career in Europe, he began a career in coaching. After traveling to a draft tryout with a young Nigerian player, he made an impression on then-Orlando scouting director John Brokaw. In 2013, Ujiri was named Raptors’ general manager and was eventually promoted to team president. Toronto has made the playoffs every year he’s been at the helm.

If someone of Ujiri’s stature can be treated like the way he was by Strickland, in an arena full of people, with dozens of witnesses and wearing a body camera that was recording the whole incident, what is being done to other Black people when there are no witnesses?

NBA and WNBA players have dedicated their time in their respective bubbles to social justice work and fighting against voter suppression. For the Raptors, the work is even more personal.

“I know there were a lot of different stories going on saying Masai was the aggressor in the situation,” Raptors swingman Norm Powell said Wednesday. “I’m glad we were able to get to the real bottom line and everyone can see what really happened. It’s exactly what we’re fighting for, for justice to be served for those cops who are taking the law a little bit into their own hands unnecessarily.” 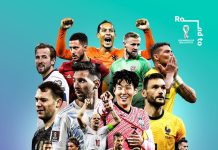 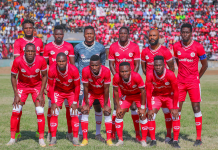 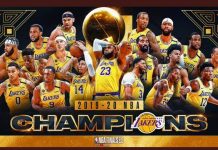 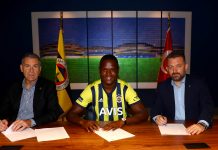 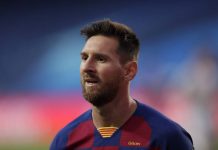 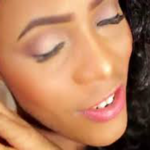 Fincantieri’s New 230-Foot Megayacht Concept Has An Interior That Will Make Any 5-Star Hotel...

Admin - November 2, 2020 0
Fincantieri Yachts is known for designing masterful custom megayachts that challenge the status quo, but the builder is having a real mic-drop moment with its...