Wesley Snipes is finally getting to be a part of Coming to America.

Above, see the first look at the legendary action star in Coming 2 America. Snipes playing General Izzi in the long-awaited sequel comes more than three decades after he was passed over for the role of Darryl, the Jheri curl-having romantic rival of Prince Akeem (Eddie Murphy)

“I auditioned for the first Coming to America, but I didn’t get to audition in front of Eddie,” Snipes previously told EW. “After three call backs, I ended up losing the role to Eriq La Salle. But, ever since I saw that movie, I’ve wanted to work with Eddie… I wanted check the great grandmaster comedian Eddie Murphy off my bucket list. Working with him was surreal, joyful, hilarious, and, at times, a little scary, because you know he lives in the world of funny and you want to at least be in the room. I don’t know if it was toe to toe, I’d characterize it more like riding along, and, in some cases, hanging on. If you watch his films over the years, you can tell that a lot of the comedians in some way have a residue of Eddie’s style, and I even think some of us actors from that era. He’s so great that you pick up little things, maybe it’s timing or a little look. Eddie can convey the subtleties and humor in life and materialize our inner thoughts. He can say all of the stuff that we wish we had the nerve to say.”

The photo of Snipes also features singer Teyana Taylor as the general’s daughter. Below, check out some other Coming 2 America newcomers, including Tracy Morgan, KiKi Layne, Jermaine Fowler, and Leslie Jones.

Hailing from director Craig Brewer (Hustle & Flow), the film picks up with Akeem preparing to become king of Zamunda, only to find out he previously fathered a son, Lavelle (Fowler), back in Queens with Mary (Jones). Morgan plays Lavelle’s uncle, while Layne stars as Akeem’s eldest daughter with Lisa (Sharon Headley).

“The conversations that Eddie and I were having was just about, where does Coming to America sit in people’s hearts? Because it’s not just a movie, it’s a cultural touchstone for a lot of people,” Brewer recently told EW of planning the sequel with Murphy. “It’s such a nostalgia celebration, especially for people our age. Even in the opening couple of shots, you’re just smiling, because you’re like, ‘Oh, that’s right, I forgot about rose petals.’ But we’ve got to have a heart in it. We’ve got to have something that Akeem is dealing with, and I think what is particularly special about our movie is the dynamic that is happening with the audience and the characters. This would be very different if there was a Coming to America that came out the year after Coming to America, right? I think Eddie and I were excited and challenged to make it meaningful as well as hilarious.

Coming 2 America arrives March 5, 2021 on Amazon Prime Video, while the first teaser is set to come next week. 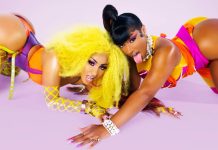 Admin - February 12, 2022 0
Mega-bucks Alberto E. Rodriguez/Getty Images Forbes released a list of the highest-paid entertainers in 2022 A lot of familiar names are on it, especially on the Top... 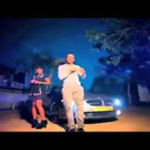